Best AntiVirus for 2018 | Your PC’s Protection

Best AntiVirus for 2018 | Your PC’s Protection

Make sure your devices have the best antivirus protection going…
The number of cyberthreats out there means keeping your PC protected is more important than it ever has been, but picking the best tools to keep you safe can be difficult . So, we’ve created this handy list of the best antivirus software to help.
And because our online lives are no longer exclusively carried out on home computers, some of the very best security software we’ve highlighted can also be used over a number of devices. That means your phone, tablet and multiple family laptops can all be covered by the same package.
Hackers are always coming up with new ways to gain access to your PC and other internet enabled devices, whether it’s cunning phishing scams, the latest ransomware encrypting all of your files or even hardware exploits, like Meltdown, Spectre and even AMD’s own hardware exploit, letting hackers control your machine – it’s incredibly important to have the best antivirus package for your PC or Mac.
You want to make sure you get a complete suite of antivirus tools that the best paid antivirus software can provide. If you’re looking for all-round protection against the latest cyber threats, then investing in the best antivirus software is the best solution you can hope for in 2018. That doesn’t mean you have to start spending big money either. 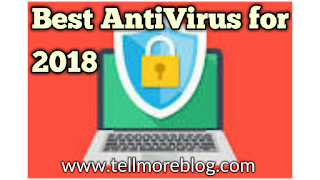